Find a reservation
Buy a Gift

Booking direct means that we can plan your stay from start to finish and ensure every part is the personalised service you expect.

Often referred to as the 'jewel of the Cotswolds'. Broadway lies beneath Fish Hill on the western Cotswold escarpment. Just 2 hours from central London, Broadway's beautiful high street is lined with horse chestnut trees with a mixture of period houses and picturesque honey-coloured Cotswold stone cottages which have lured visitors for centuries.

A very special and wonderful place, the Cotswolds covers a large area – almost 800 square miles – running through five counties (Gloucestershire, Oxfordshire, Warwickshire, Wiltshire and Worcestershire). One of the delights of visiting the Cotswolds is exploring the different areas, each with its own identity, yet all with those Cotswold defining features: golden stone and the rolling hills known as ‘wolds’. The area is also richly rural and a joy to explore: more than 3,000 miles of footpaths and bridleways; ancient woodlands and wildflower meadows; and 4,000 miles of historic Cotswold stone walls dividing up the landscape.

SUDELEY CASTLE
Set against the backdrop of the beautiful Cotswolds hills, 15 minutes from The Lygon Arms, Sudeley Castle and Gardens is steeped in history with royal connections spanning a thousand years. It has played an important role
in the turbulent and changing times of England’s past. The castle was once home to Queen Katherine Parr, the last
and surviving wife of King Henry VIII. King Henry, Anne Boleyn, Lady Jane Grey, Queen Elizabeth I and Richard
III all played a part in Sudeley’s story. King Charles I found refuge here during the Civil War when his nephew
Prince Rupert established headquarters at the Castle. Following its ‘slighting’ on Cromwell’s order, Sudeley lay neglected for nearly 200 years. In 1837 Sudeley was rescued by the wealthy Worcester glove-makers, brothers John and William Dent, who began an ambitious restoration programme which was continued by subsequent generations of the family. Sudeley Castle is now the home of Lady Elizabeth Ashcombe and is available for private dinners and events in the medieval style Banqueting Hall or the more intimate Dent Private Library. 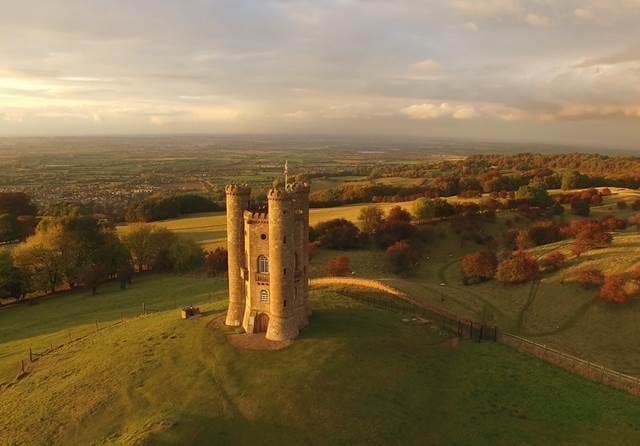